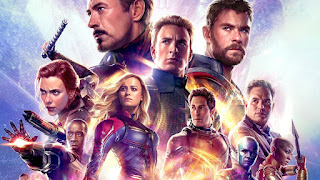 Warning, this review contains spoilers.
Is it good?  Beyond good!  How good?  I'll tell you how good, no great, wait...fantastic, um,  EPIC this movie is!
This movie is a bit different than the others because it shows our Avengers dealing with disappointment and failure for an extended amount of time.  They lost Infinity Wars and five years pass.  Black Widow suffers from PTSD. She's unfocused, moody, un-assured, indifferent almost because she doesn't know how to make things better. She doesn't know how to be of service because her purpose is gone.  Similarly, Cap runs weekly group therapy sessions where he, like a robot, tells members to "move on".  On the other end of the spectrum,  Hawkeye becomes a mercenary, taking revenge on others for the loss of his family.  Thor also completely loses himself, becoming a fat drunkard.  The opening scenes are not our Avengers as we are used to seeing them.

The only two who positively get in touch with their inner selves during these five years post-war are Tony and Bruce.  Tony becomes a family man and lives a quiet simpler life near a lake with Pepper. Bruce reconciles his two identities into a jolly green gentle giant running a restaurant and taking friendly pictures with fans.

We see how pointedly affected our Avengers are by their emotions as they travel back in time to obtain the stones, carrying out the "Time Heist" plan, as crafted by Antman. Thor gets to see his Mother one more time.  The Queen of Asgard asserts her motherly instinct and can feel that Thor is present. She senses that he needs to hear some encouraging words.  Not once does she mention his disheveled appearance, his weight, his shabby sweats, his unruly, dirty hair.  Instead she tells him to "be who you are supposed to be." She builds him up and re-ignites the God within.  That's what mothers are supposed to do.
Tony also gets to see his father back in time. Of course Howard doesn't know he is talking to his own son when they meet.  Tony gets to know his father not as the genius, but as a regular guy excited about the upcoming arrival of his son.  He admits he is nervous and says to Tony,  "he's not even born yet but I tell ya, I'd do anything for him." Just as Thor needed to hear his mother's words, Tony needed to hear these.


Since this movie involves time travel, it is inevitable (you'll see why I use this word) that past and present versions of themselves will meet.  The movie provides an entertaining Captain America vs Captain America fight scene and an evil Nebula vs good Nebula confrontation. These are demonstrations of how motives, beliefs, and characters can change over time.  And in the end, as it should be, good prevails.

Another major part of the appeal of this movie for me is the Girl Power movement!  Captain Marvel interacts with the Avengers for the first time and when asked how things will be different this go-around against Thanos, she answers with a confident, "This time you have me."  And since the release of "Black Panther", no Avenger fight scene would be complete without the female warriors from Wakanda. The final fight scene where many of our beloved heroines enter the fight (Rescue being one of them, surprise surprise!) had me cheering from the edge of my seat!  Captain Marvel flexes her supernatural powers to destroy Thanos' power central and in a later scene, Thor passes on his crown to a female natural born leader, Valkyrie! Kudos to comic writers and to Marvel Studios for showcasing GIRL POWER! 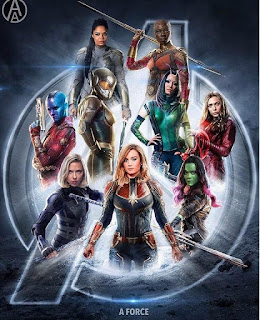 This movie was also different in that deep relationships were focus points. The first conversation between Steve and Tony after five long years is biting, full of "you broke your promise", "I needed you", "I have nothing left for you, no trust, nothing." And although Tony refused to entertain the idea of joining the Avengers on this last mission, we all knew he would come around. The team needed his expertise and brain to figure out how to time travel. When Tony shows up at Avengers headquarters, his talk with Steve about his non-negotiables is short and direct. After all these years, they understand each other and we as the audience have come to recognize their deep bond and mutual respect. It's a poignant pivotal moment that signals game time from then on.

Another prominent relationship highlighted is Tony and Pepper's. Tony has settled into a loving marriage, complete with adorable daughter. While the other previous movies had Pepper begging Tony not to go whenever he entered a fight, this time, when Tony tells her he figured out how to time travel, she knows that there is nothing she can say that will make him stay. The solemn look on her face shows the gratitude for the five years they had together.

And what of our relationship with these characters over the last decade? It is truly fitting that at the final fight scene, some of Tony's last words are "I am Ironman.", a declaration that this journey began with him and this war ends with him. And as he endures his final sacrifice, with Pepper rightly by his side, tears flowed openly from the audience, our heartstrings pulled one last time, as Pepper whispers to him "We're going to be fine. You can rest now."  I don't think I could have imagined a better ending. 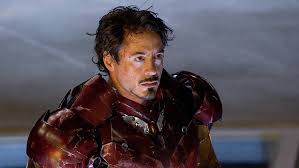 Marvel Studios has given us an epic masterpiece. "Avengers Endgame" is the bow that wraps up the gift of the MCU franchise.  Just as Captain America passes his shield to the next hero, these movies are classic, timeless gifts that we will open again and again, pass on, again and again to our kids, grandkids, to endless generations. Well done Marvel, well done.

"Avengers Endgame" opens the weekend of 4/25/19. See your local theaters for showtimes.
#sponsored
#avengersendgame
Posted by LoraSaysSo! No comments:

The 9th Annual San Diego Asian Film Festival (SDAFF) Spring Showcase, presented by Pacific Arts Movement (Pac Arts) will be taking place on April 11-18 at the UltraStar Mission Valley. This year, a majority of the showcased films highlight South Asian and Southeast Asian stories. There will also be a special collection of milestone Filipino films shown as a part of the program “From The Claws of Darkness: Restoring Philippine Cinema”, which brings the second golden age of Philippine film to the big screen for audiences to enjoy once again, including “Moral,” “Himala,” and “Batch ‘81”and “Manila In The Claws of Light.” "With our extensive focus on new films from South and Southeast Asia and our retrospective of classics from the Philippines, we aim for nothing less than transforming the face of Asian cinema here in the United States,” says Pac Arts Artistic Director Brian Hu.

ABOUT THE SAN DIEGO ASIAN FILM FESTIVAL SPRING SHOWCASE
The SDAFF Spring Showcase is a week-long presentation of the best of Asian and Asian American cinema including a special Sunday series focusing on a specific topic or individual, held annually. Past showcases have presented a curation of films on the 40th anniversary of the Fall of Saigon in “Cinema Little Saigon,” the 75th anniversary of Executive Order 9066 in “Right to Resist” as well as the 100th anniversary of Philippine cinema in “From the Claws of Darkness.”

ABOUT PACIFIC ARTS MOVEMENT
Pac Arts launched in 2000 when it debuted the San Diego Asian Film Festival, a presentation of Asian American and Asian international cinema. Rooted in the love of film and the arts, global citizenship, and Asian culture and communities, Pac Arts became an official nonprofit media arts organization in 2002, and is now one of the most significant exhibitions of Asian cinema in North America. Pac Arts presents major annual events celebrating Asian American Pacific Islander representation and storytelling: the SDAFF Spring Showcase (April), Chew The Scene (October) and the San Diego Asian Film Festival (November).
Posted by LoraSaysSo! No comments: