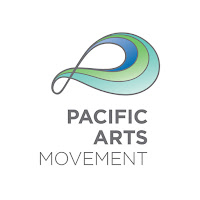 WHAT:
Filmmakers and film subjects who shape the way we see San Diego’s history will stud the exclusive red carpet kicking off the 20th anniversary celebration of Pacific Arts Movement’s San Diego Asian Film Festival on November 7, 2019. To commemorate this momentous occasion, Pacific Arts Movement will feature the premiere of The Paradise We Are Looking For, the documentary it commissioned to highlight Asian American stories from local neighborhoods in San Diego throughout the decades. 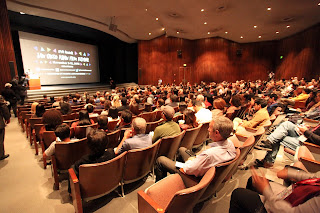 WHY:
This festival, historically the largest platform of Asian cinema on the west coast, strives to represent the Asian American Pacific Islander (AAPI) community through storytelling. Through the decades, the festival has influenced how Asian and Asian American cinema evolved, and The Paradise We Are Looking For displays the AAPI community’s long-standing presence in San Diego. The documentary’s themes of identity, immigration, inclusion and military presence uncover the relationship between these elements and their lasting impact on AAPI communities.
“Throughout our 20 years, we've discovered thrilling new directors with relationships with San Diego, some of whom grew up here, others who have passed through, but all of whom have something to say about our neighborhoods and communities,” says Brian Hu, San Diego Asian Film Festival’s artistic director. “We wanted to challenge them to uncover buried histories and shed light on folks we might think of as ordinary -- precisely the everyday laborers, students, family members we pass by every day but who deserve the big-screen treatment because their stories embody the San Diego we are all looking for.”
ABOUT THE FILM: THE PARADISE WE ARE LOOKING FORSan Diego has been called many things—including a paradise. It’s also a refugee city, a cluster of neighborhoods, a militarized zone, a border town. And Asian American. This collection of four short documentaries, commissioned on the occasion of the 20th anniversary of the San Diego Asian Film Festival, maps many such San Diegos— across ethnicity, geography and history.
At the helm are four emerging cinematic voices who have grown up in San Diego, studied there, or once called it home: 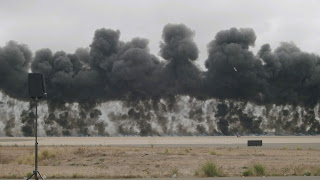 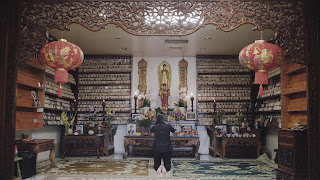 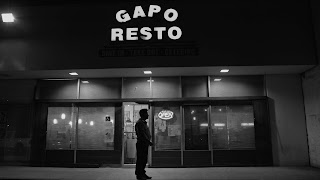 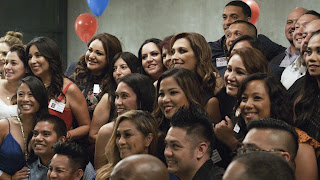 Featured this year are blasts from the past with films selected by a poll of past viewers featured in "The Asian American Canon" category.  Also new this year is an Official Cosplay Gathering with the Saturday, November 9th Screening of  Brave Father Online: Our Story of Final Fantasy XIV. All attendees are invited to cosplay in any Final Fantasy costume. RSVP to the official event: HERE.

There are so many great films to choose from, hopefully you can get your fill with the Festival running from November 7 to November 16, 2019.

Posted by LoraSaysSo! No comments: