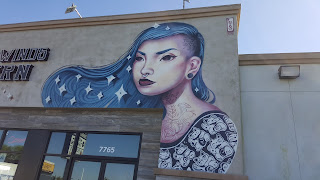 (Update:  Unfortunately this restaurant is no longer in business.)
With two restaurants under her belt, owner Sylvia Le is a veteran restaurateur!  It was a pleasure to meet her and learn about the development story of Tradewind Taverns, a new neighborhood eatery on the Balboa Block of the Convoy area. Sylvia owns SipZ, two vegetarian restaurant locations, so opening a tavern serving Asian fusion tapas was a new venture for her.  Members of the San Diego Filipino Blogger Network recently attended a tasting and interview with Sylvia.
Our conversation ebbed and flowed as we talked about her experience in the industry and her wanting to fuel others' passion, especially her brother's as he is the Executive Chef  of Trade Winds Tavern and a Culinary Institute of America graduate! The creation of the menu has been a joint collaboration over the past few months with the chefs experimenting with new flavors.  She said you'll find the veterans mentoring the newbies until a dish is just right. With that, it was apparent to me that Sylvia wants to have the type of place where customers AND staff are happy and content.  I was impressed that for only being opened since March 2017, she already greeted some of her customers by name.

One of the new options is Trade Winds' brunch menu featuring $12 bottomless mimosas available on both Saturday and Sunday. This mascarpone stuffed french toast dribbled with a caramel / vanilla sauce and topped with berries is on the brunch menu. It was like a savory dessert and had enough crispiness to make each bite pop through the sweet sauces. So good! 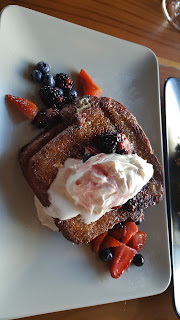 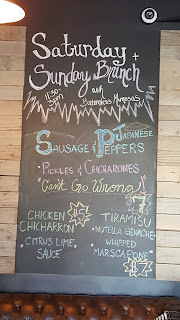 This cocktail flight is also available and includes a Bloody Mary shot, a Strawberry Lemon Drop shot, a Mega Mule shot and a Creamy Soju shot! Soju! I love Soju! 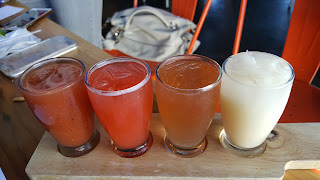 Another one of their brunch specials is chicken skin chicharrones, Filipino style! Oh my! I could have eaten these like a bag of salty chips! They were light and melted in the heat of your mouth! 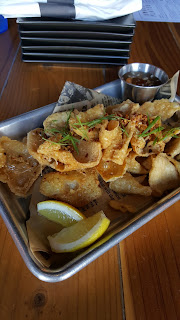 Staying in the category of Philippine cuisine, Chef Marvin Elauria took us to the province with his take on Bicol Express, using mussels! I could eat that silky coconut milk broth on its own any rainy day! 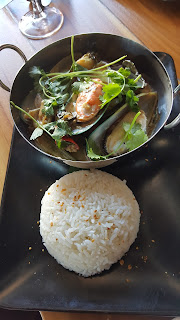 We also tasted the popular salted pepper chicken wings.  Let me tell you, these rival any found in the Chinese restos in National City / South Bay area! Go see and taste what I'm talking about! 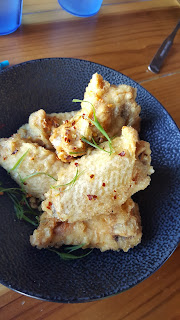 Next, these Japanese-inspired mushroom gyoza with shisito peppers are a vegetarian option!  I liked that they used mushroom in lieu of pork or shrimp! 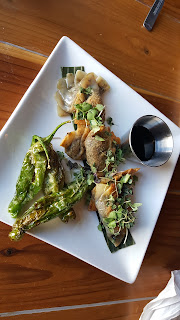 Another Chinese dish were the pork belly bao buns.  The fried jalapenos gave each bite a robust punch of heat! 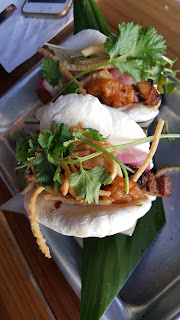 From Hawaii, we got a taste of local onos with their version of Loco Moco served over fried rice with Chinese sausage.  The Chinese broccoli and bacon stayed crunchy and perfectly balanced the texture of the soft egg and meat patty. My husband would LOVE this! 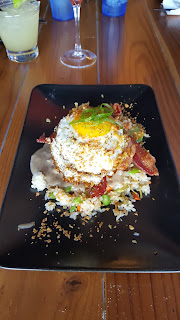 Not really from Asia, ... let's say the land of the free, the Messy Burger served with taro chips! 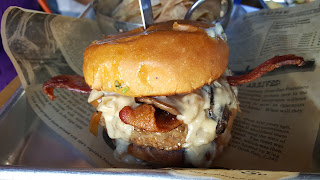 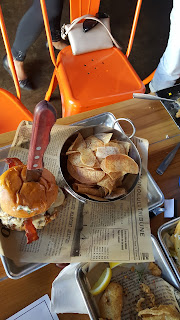 Another bar food favorite of customers is their dirty fries! They can make their filthier if you want by adding a fried egg on top! This was the talk of our table.  The pork and sauce mixed up with creme freshe and some fries, Five Star Bar Food! 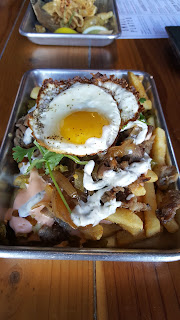 To wash this deliciousness down, we sipped on a lychee mint spritzer, 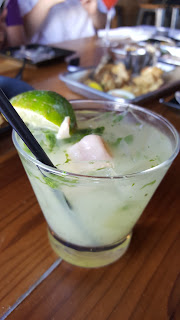 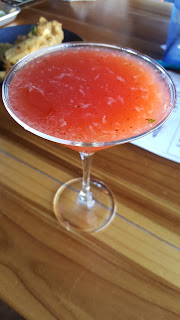 and my favorite, plum wine! 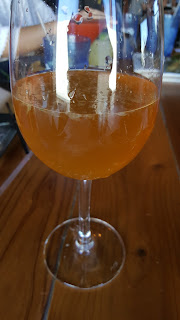 In addition to serving drinks and food, Trade Winds holds Trivia Nights on Wednesdays, a recent one dedicated to Game of Thrones! In addition, there are game nights and also an Instagram contest with the prize being a Golden Ticket, the ability to purchase unlimited beers for $3 for the next three months!
Our group ate, (but first took pictures of the food, hahaha), drank, interviewed Sylvia and it was an amazing time! 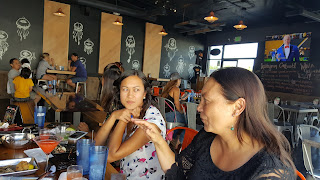 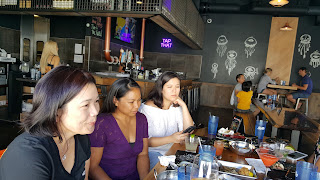 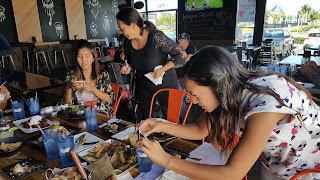 The food was not what I would expect from a place with Tavern in the name. It felt like we ate carefully thought out meals cooked from a dear friend who knew what we would enjoy.  Sylvia made us feel so welcome in her new place.  Please go visit Trade Winds Tavern soon!
I was treated to a tasting menu in exchange for this blog post. All opinion are my own.
Posted by LoraSaysSo!

Email ThisBlogThis!Share to TwitterShare to FacebookShare to Pinterest
Labels: Foodies