Meet my nephew, Julian Bumatay, age 19. He has been in Jiu Jitsu for years.  He trains and studies hard for his promotions and competitions. We are all so proud of his hard work and efforts I wanted to highlight him for Autism Awareness Month!

Julian has been grappling since he was ten years old.  I want to say it stemmed from an obsession with Bruce Lee that started when he was really young.  One Christmas, we gave him Bruce Lee's book, Chinese Gung Fu. He was so happy!

Here he is dressed as you know who for Halloween in 6th grade with his firefighting little brother, Nolan. 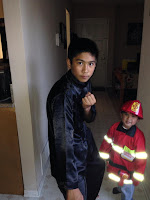 When Julian traveled to Seattle years ago for vacation, his parents knew that Bruce Lee's grave was a definite must-see for him. 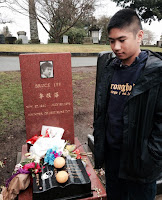 Why is Julian's dedication to Jiu Jitsu so special to our family? I'll tell you why. After years of struggling with communication skills, school work, his feelings of being incompetent, unaccepted and isolated, Julian was diagnosed with Autism in 2010.  This explained a lot of his behaviors and his feeling of being different. He couldn't conform to group type sports and lacked self-confidence to feel comfortable around other kids. He felt like he never fit in. One of his elementary school teachers wrote this card to him. It made me tear up. 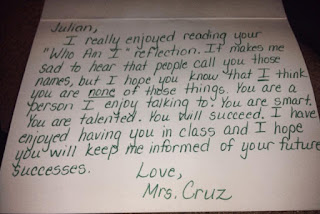 Here's Julian, anxious and nervous to start 7th grade at EastLake Middle School. For many reasons, Julian ended up transferring to another school for 8th grade. 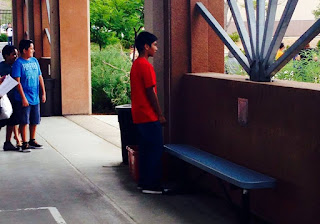 As soon as he was diagnosed, Julian started to receive services from the San Diego Regional Center and his parents enrolled him in Brazilian Jiu Jitsu at the Stronghold Eastlake studio in Chula Vista, CA.  In addition to the support of his parents and coaches, combined with Julian's own sheer resilience...jiu jitsu changed his life.

This was taken in 2012 at one of his first tournaments. Julian was ready for his opponents! 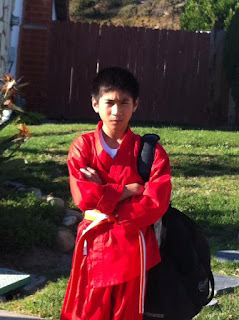 He ended up taking second and third place in that tournament. 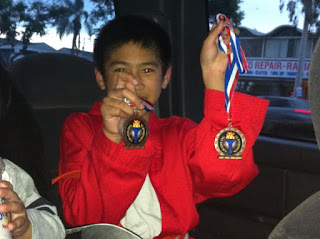 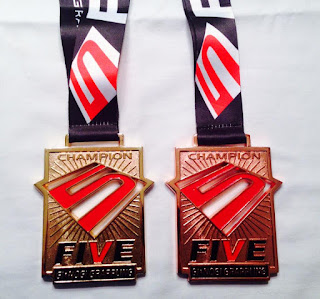 In March 2014 we were able to watch him as he participated in his studio's promotion process to earn a stripe. 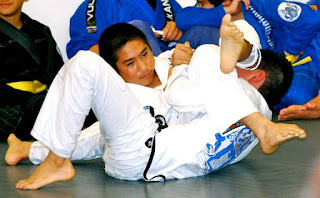 I was shocked at the physical endurance that the students had to exert in order to earn a stripe on their belts.  Julian must have grappled at least ten different kids non-stop for over a half hour. He deservedly received this stripe!
In September 2014, he earned another stripe. 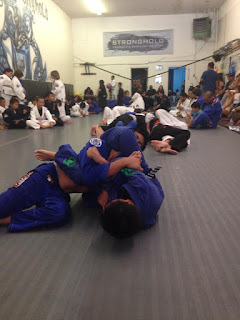 Here's Julian feeling accomplished with some of his coaches. 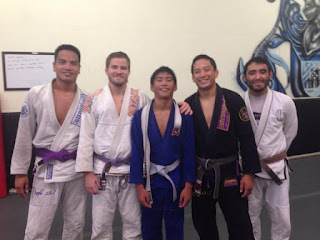 That same year he also competed in the same BJJ Dream Tournament.  Here is Julian sizing up the competition. 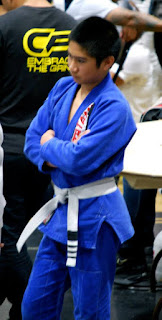 He ended up taking second place in his division! 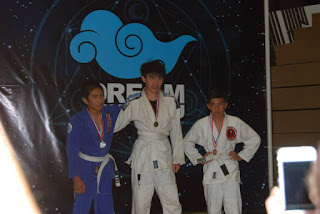 Coach Vince was there to support him!
Julian prepared for a 2015 tournament physically and mentally. Check out his notes! 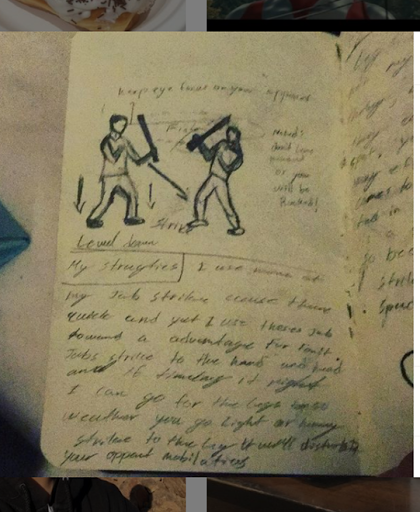 Obviously his strategies worked!
Grappling is only a part of Julian's life. Currently he loves to write scripts, create videos, watch anime, and eat! Especially oysters, any seafood really!  This kid can put it away like a true Bumatay! 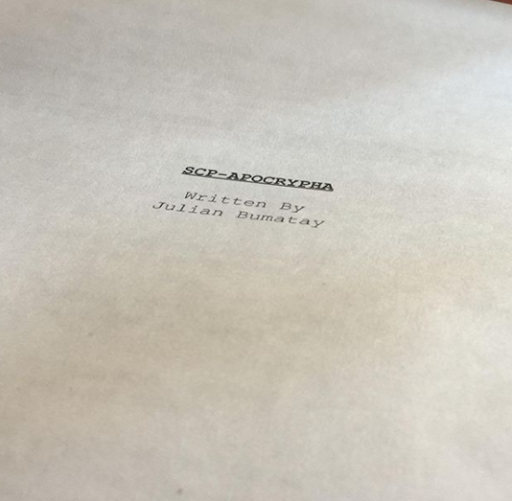 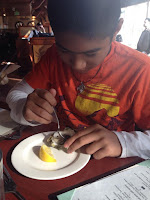 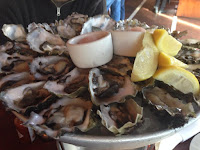 As a youngster, Julian liked to be outdoors, fishing, riding his bike and surfing! 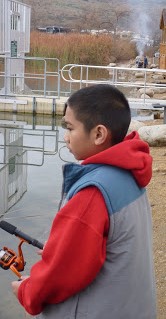 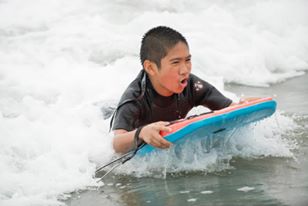 This tough competitor has a soft side too. Julian's concern for his friends and family is admirable. He is a very loyal, considerate and genuine person. He worries about the health of his mom and his grandparents and he is also quick to correct his own behavior when he knows he said or did something wrong. Julian is also good with his little brother, who I am sure wants to be just like him when he grows up! 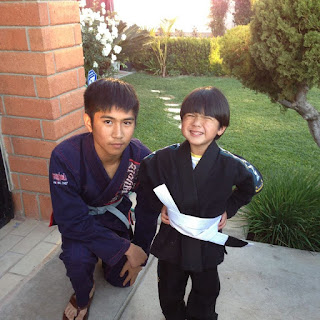 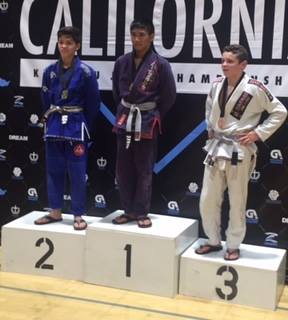 Through Jiu Jitsu, Julian has experienced the result of what hard work can do, what success feels like and has now gained the confidence to be himself. Julian is currently a college student and pre-pandemic was coaching young students at his studio. We are so proud of him!