I have been a long time fan of foreign films. I think it started when my Mom and Dad used to take my sister and I to the only theater in South San Diego that showed Filipino movies. I forgot what it was called but it was near Farrell's in Chula Vista.  Alas, both facilities closed down long ago. When I was in my late teens, I remember watching "The Joy Luck Club", and "The Scent of Green Papaya", "Red Firecracker, Green Firecracker" and "Eat, Drink, Man, Woman".  I would rent them from Blockbuster Video to watch, of course with the subtitles.  I have not ceased with my Asian Film fetish, in fact my interest has grown to include regular viewings of Korean dramas, Taiwanese dramas, and of course the occasional Filipino films that show in my local theaters.

I always get excited in October because I know the San Diego Asian Film Festival (SDAFF) is right around the corner! SDAFF is the largest showcase of Asian cinema on the west coast with over 130 films from 20 different countries. Presented by Pac-Arts Movement, this will actually be the Sweet Sixteenth year for the festival, so you can use the promocode: SWEET16A for 16% off single tickets. Tickets are available online for all shows. Tickets can also be purchased on-site at specific screenings one hour before show time. For all screenings at Ultrastar, tickets can be purchased at the Ultrastar Mission Valley box office (Member $9| General $12) starting October 30. Student/Military/Senior and Group discounts are available at the door. Most screenings will be held at the Ultrastar theaters in the Hazard Center in Mission Valley, however there are other magnificent events happening at other venues throughout the county. Check them out here.

I first attended SDAFF back in the year 2000, I think! I attended a screening of "The Debut", a coming of age movie starring an all Filipino-American cast. Since then, I have attended the festival off and on, trying to catch one movie at least in the festival and encouraging my family to watch.  My eldest daughter ended up interning with them back in 2010 and really enjoyed the experience. My nephew got involved in their awesome program, Reel Voices, back in 2013 and still volunteers today! Reel Voices is a sponsored program by Pac-Arts, where actual film makers work with high school students to teach them the art of documentary film-making.
Check out his documentary:


The festival always offers free events, a great way to join in on the fun if you're on a budget.  As in the past, all screenings happening at 4 pm on weekdays are free during the festival.

Friday, Nov. 6: SHORTS: FREE SAMPLES
Monday, Nov. 9: OBON BROTHERS
Tuesday, Nov. 10: I HAVE SEEN MY LAST BORN
Wednesday, Nov. 11: RADHE RADHE: RITES OF HOLI
Thursday, Nov. 12: THE MASTER
In addition to the free screenings, the following is a list of films perfect for the whole family to see:
SHORTS FOR SHORTIES! San Diego Premiere- Nov. 7, 11:00 AM, UltraStar
Family-friendly animated and live-action short films about resilience, childhood, acceptance, and friendship. For the first time in SDAFF history, this program was curated (researched and selected) by local San Diego high school students to teach them the art of programming. Free for kids 12 and under.

LITTLE BIG MASTER West Coast Premiere- Nov.8, 1:00 PM, UltraStar
Miriam Yeung plays a star school principal who can get any job she wants, but opts instead to save a struggling kindergarten from closing on its five students. With uncommon sincerity and a mountain of cuteness, this family-friendly Hong Kong hit fights class inequality with the fervor of principle.

WINNING GIRL San Diego Premiere- Nov. 12, 6:10 PM, UltraStar
A documentary about a Hawaiian girl's four-year journey to become a world champion in judo and wrestling.
And since October is also Filipino American History Month, I want to highlight some of the Filipino films showing, "Lorna" and "Swap".

SWAP (directed by Remton Zuasola) North American Premiere- Nov. 9, 6:20 PM, UltraStar
Cast and crew scheduled to attend
Staged in a magnificent single take while zipping in time and shifting breathlessly across locations, SWAP follows a young couple as they confront the unimaginable: the kidnapping of their son. The film’s theatrics foreground is a thrilling game of cat-and-mouse, while the ghosts of social upheaval loom behind the curtains.

Two of the films that I will be bookmarking are:

TWENTY
Fans of Kpop and Kdrama will recognize these up and coming actors! Kim Woo-Bin, a model turned actor, and Kang Ha-Neul, who got his start in musical theater, (Both were in the megahit Korean drama "The Heirs"). Rounding out the trio is Junho of international idol group 2PM fame.

SEOUL SEARCHING
A summer camp film taking place back in the 80's with youth finding out what it means to be Korean. The shirts alone pique my interest! 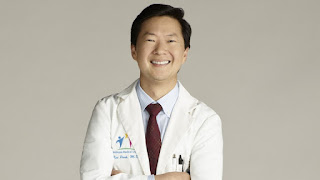 Another event that I would like to attend is Getting Intimate with Ken Jeong.  We all recognize him from the Hangover films and he now has his own show on ABC, Dr. Ken. He will be here in person for a panel discussion on Saturday, November 7th at 3:10 pm at UltraStar. I hope he is as funny in person!

One of these years, I am going to take a week off of work, book a hotel, and totally LIVE in the movie theaters and attend all the exciting events during the festival. If you haven't attended yet, try it out this year!