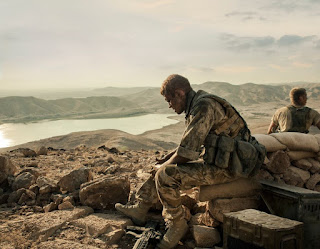 With San Diego being one of the largest military towns in the nation, it is only fitting that we host the GI Film Festival here!  That it is 2015 and the inaugural one sort of blows my mind!  The Film Festival runs from October 13 - 18, 2015 and is presented by KPBS in partnership with the GI Film Group and the Film Consortium San Diego.  In addition to the films being featured, special guests will be spotlighted, a career fair and workshops are also planned and the festival will award winners at the closing ceremony. Most films will be shown at the UltraStar Cinemas Mission Valley at Hazard Center. For an updated and complete listing of films and events please visit www.GIFilmFestivalSD.org.


One film that I am looking forward to seeing is "Max", a heart-warming story about a U.S. Marine service dog and the soldier he served in Afghanistan. What makes it even more exciting is that it will be shown on Friday, October 16, 2015 at 7 pm on the flight deck of the U.S.S. Midway! 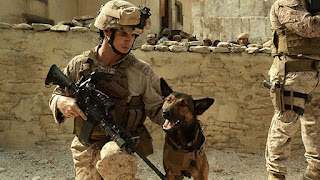 Please check out the schedule and bring your family and friends to the events this week! I'm happy to see that San Diego is promoting and showcasing our local hometown heroes through film and am looking forward to many more festivals to come!


About GI Film Group
The GI Film Group (GIFG) is a full service media company dedicated to preserving the stories of military veterans. GIFG is the production entity behind the award-winning GI Film Festival (GIFF), a 501c(3), also known as “Sundance for the Troops,” which is held each May in Washington, DC. The festival is the first in the nation to exclusively celebrate the successes and sacrifices of the service member through the medium of film.
About Film Consortium San Diego
The Film Consortium San Diego LLC is a social venture that stimulates film and television production in the region and increases networking, employment, education, funding and distribution opportunities in film, television and new media. The Film Consortium holds the Fall Film Festival, San Diego Film Awards, Winter Film Showcase, Summer at the Drive-in and various other screening and networking events.
About KPBS


KPBS serves the San Diego community with news and entertainment programming that respects our audience with inspiring, intelligent and enlightening content.  KPBS delivers this content via multiple outlets, including television, radio, and digital media and will adapt and remain relevant in a rapidly changing world.